Yes, another 4 1/2 Golden Spoon experience. Your probably thinking that I’m too generous with my reviews, but that really isn’t the case. I’ve just been lucky enough lately to fall into some of the best dining experiences of my life. Cafe Veneto was another amazing find.  We were casually walking the streets of Rome when we came upon a charming well dressed gentlemen who was standing in front of an elegant restaurant of about twenty tables housed in a gleaming glass cube directly on Via Vittorio Veneto. 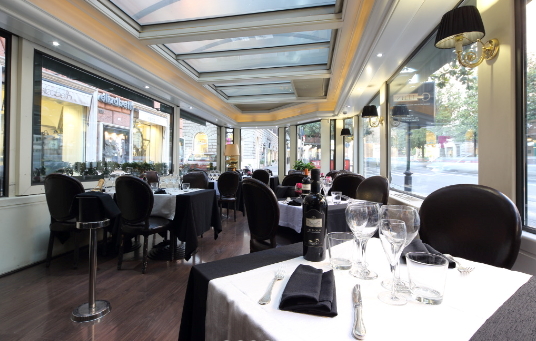 He asked us to look at the menu which had a wonderful selection of local delicacies. We weren’t hungry, but we’re so impressed with him and his promise of a great dining experience that we took his business card and vowed to return. In fact, the next evening we did return and he remembered us.  We were seated at a elegantly dressed table with bright white linens and gleaming glass and silverware. A live duo was singing with a list of classic romantic american tunes.

It was a bit surreal surrounded by the traffic of this busy street protected by our glistening glass enclosed dining room. Our waiter, Felice, was quick to bring us cocktails and describe the extensive menu. He also encouraged me to follow him to see a table of domed fresh seafood on a bed of crushed ice near another glass enclosed case of various cuts of Argentinian beef which could be seared to order in grand iron skillets. I told Felice that we would trust his recommendations. He suggested that we consider one of three different kinds of live lobster available, Leone de Mer, one he said was a very special Mediterranean variety and unusual size. 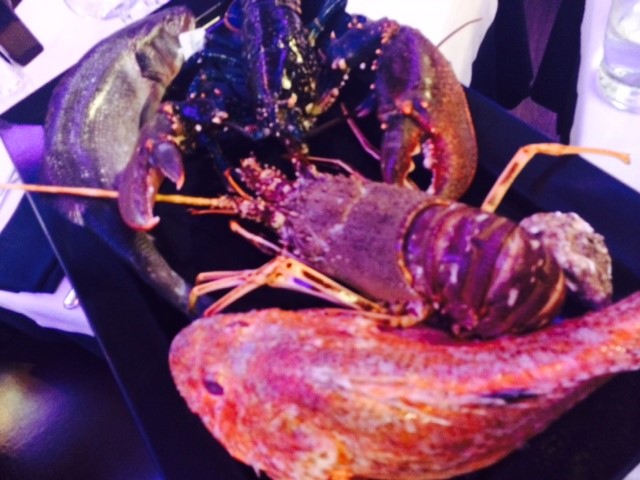 We agreed.  He also suggested that he prepare it with house made fresh pasta in a tomato olive sauce. Again, we agreed.  He took the a lobsters from the case along with a couple of other local fresh fish and actually a brought them to our table for us to see up close. Other diners oohed and ahed at the spectacular presentation. We confirmed our final selection of the lively Leone de Mer, which he took back to the chef for preparation. 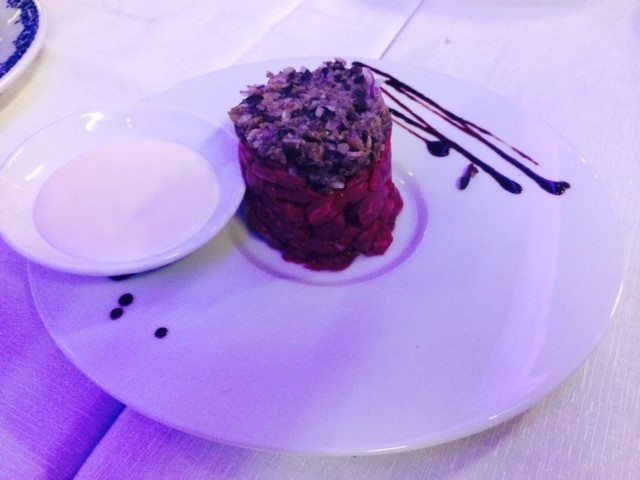 While our main course was cooking, we enjoyed two starter courses; an octopus carpaccio and a beef tartar.  The carpaccio was served with arugula and cherry tomatoes, lightly dressed in olive oil and sea salt.  I’m not sure how the chef made this simple dish so flavorful, but it was delicately delicious and it literally melted in your mouth.  The carpaccio was presented in a tower topped with a duxelles of onions and porcini mushrooms.  The beef was unconventionally chopped in pea sized pieces as opposed to finely ground. 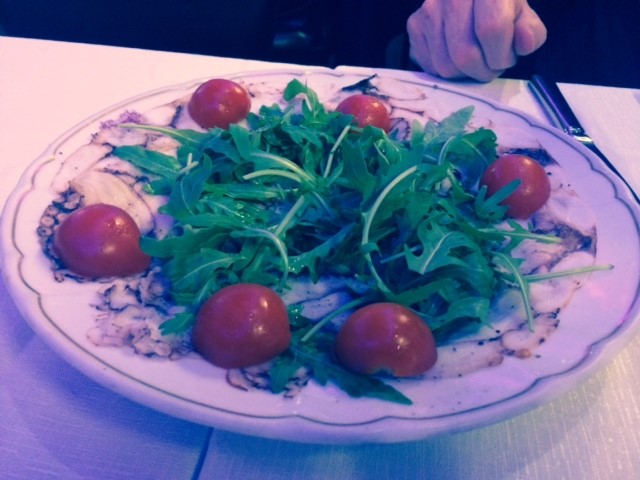 It must have been a filet mignon as it was completely lean and buttery soft. It was accompanied by light lemony cream sauce that was the perfect compliment to the absolutely outstanding tartare. We cherished every bite of both starters which we enjoyed with a local Pinot Grigio.  Just as we finished, Felice arrived at our table with our lobster.  Other guests gasped at the spectacular platter of lobster and pasta. 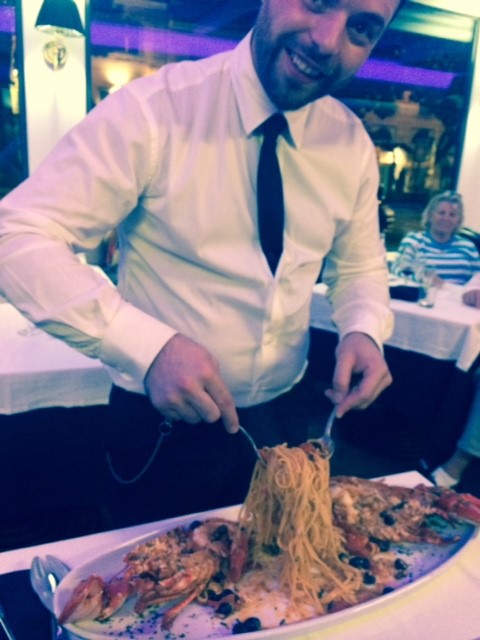 Felice meticulously de-shelled our Leone de Mer, tossed our pasta, and plated our entree in a stunning presentation.  The lobster was perfectly cooked, sweet, and tender. Yum. The pasta was al dente and the favors of the Mediterranean olives and tomatoes came alive with the jus from the lobster which Felice had drizzled over the dish just before serving,  I believe this was one of the best lobster dishes I’ve ever had in my life.  To finish, we enjoyed a couple of traditional cake like deserts that were light and bright. We enjoyed them with a Limoncello  aperitif.  What an exceptional evening.  I feel so fortunate to have discovered Cafe Veneto and so appreciative of everything in my life that has afforded me such a gift to enjoy a night like this with my husband, whose mother just happens to be named Leone.  Ciao.  P.S. I has given this restaurant 5 Golden Spoons, but we went back on another night and had pasta with truffles and the truffles were not fresh.  The waiter said that they weren’t in season.  They were.  We had already had them several times at other restaurants.  That’s worth a half-star ding! 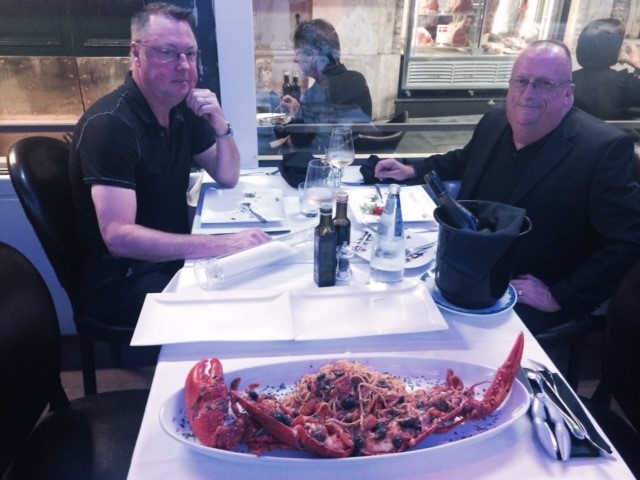