As we were walking out of our hotel in Rome one afternoon, I was talking with my husband, Robert, about craving Classic Italian pizza for lunch.  A man just in front of our hotel quickly interrupted our conversation saying he worked for a restaurant just around the corner which was known for its pizza and he asked us to follow him.  I’m usually very dubious about these things so I don’t know why I threw caution to the wind and decided to accept his invitation.  It’s probably because Robert is 6 foot 3 and works out five days a week. I think someone unscrupulous would choose less intimidating prey. 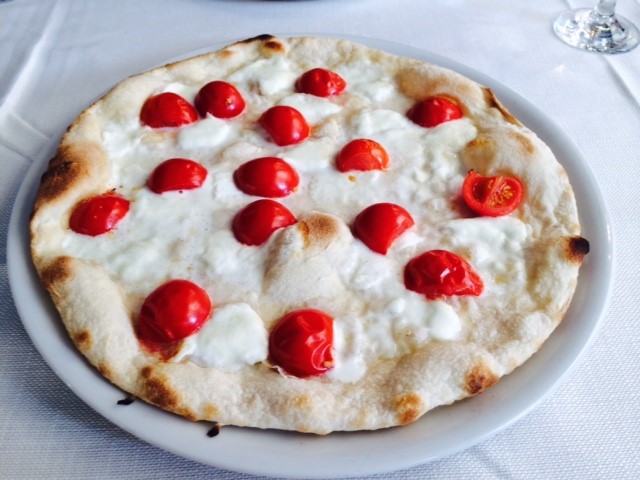 We walked about a block before being taken through a doorway up a series of steps next to a two hundred year old magnolia tree that was literally growing through the roof.  I became a little more nervous. However, on the third floor, we found ourselves in the dining room of La Fontana.  We were escorted to a window side table.  The only other patrons of the restaurant were an Italian family of five who seemed to be enjoying their lunch but I was still apprehensive. 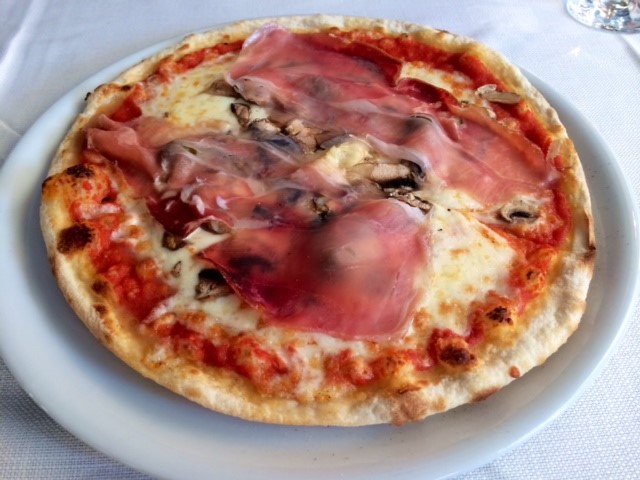 We almost left, but decided to continue our adventure.  After all, if a tree could survive in this restaurant for two centuries, we could survive pizza. We ordered two.  A simple buffalo mozzarella and tomato pizza and another that was Quattro Stagioni, a pizza of four seasons with prosciutto, artichoke hearts, olives and mushrooms. Both pizzas had a nice crisp crust and good flavor.

However, both lacked seasoning and needed salt. We did enjoy them.  They were perfectly satisfying and reasonably priced ($21 Euro total bill), but the ambiance was marginal and there are so many spectacular local options for pizza that I can only call this experience average except for the remarkable magnolia tree. 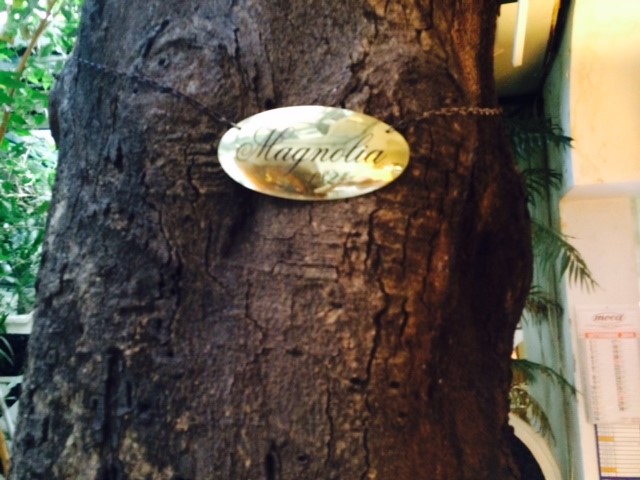